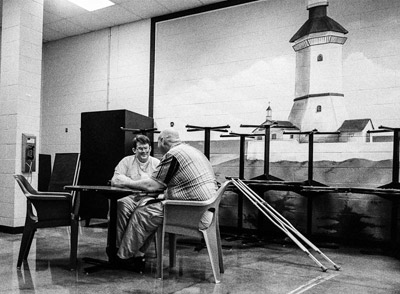 The United States has the highest incarceration rate in the world with one out of 32 Americans under criminal justice supervision. The rest of the world is intrigued by the paradox that the leading democracy in the free world imprisons so many of its citizens, 25% of the total prisoners worldwide.

UNLIKELY FRIENDS documents victims of brutal crimes who, through forgiveness, unexpectedly become friends with their perpetrators.

Finding a criminal justice system that has left them empty and unsupported, these victims of unspeakable crimes forgive out of a deep need to heal themselves, which in turn motivates the perpetrator to fully account for their actions and thereby begin the process of true rehabilitation.

These relationships, so unfathomable for most of us, open our thinking to new possibilities of how to transform a system ensconced in punishment and retribution to one of restorative justice that is based in humanity.